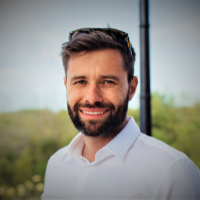 Born in Wahronga, April 1987 and raised in the Hills District until the age of 21 when I moved to Sydney’s Norther Beaches.

Following my passion for football, this lead me to the UK in January of 2011 chasing my dream of playing professional football in England.

After signing with a conference premier league club, Southport FC and making only a handful of appearances, this was crushing for me. I was not meeting my expectations I set on myself, I was fearful of looking like a failure from friends and family at home. Causing this burning frustration to play but when I did play, my performances were below my ability because of the pressure I put on myself.

Falling down the ranks I hit rock bottom. Depressed, lost and confused. What was my passion and dreams was now my enemy. I hated football. And I couldn’t believe that I hated it.

Taking 12 months off and moving to France, I had the time of my life. It felt like a dream.

Then moving back to Sydney is where I left my old identity and coming back a different person was hard. I lost my identity because I had identified as a footballer, not Matthew Nemes.

The humbling experience of starting at All Lift as an inexperienced spray painter was extremely grounding.

And that’s where my career in the rental industry begun.