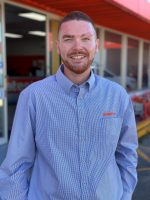 Dylan is an equipment hire Branch Manager who began his professional career straight from school in 2011 by joining Australia’s largest equipment hire company as a trainee Hire Coordinator. During the infant stages of Dylan’s employment, he was involved in a serious car accident that temporarily put his career on hold. Despite being young and recently employed, Dylan was very well supported by his employer and upon returning to work, put his best foot forward in his efforts to work up the corporate ladder. Through a can do attitude and subsequent development of his leadership skills and exceptional mentoring by his management team, Dylan successfully achieved his goal of managing his own Branch and became Branch Manager in March 2020.